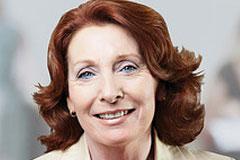 Minister Lynch was responding to a question from Deputy Brendan Griffin, Fine Gael, Kerry, who asked the Minister for Health “if he is concerned that there seems to be inconsistency and a lack of transparency in the method of calculating a payment rate for individual nursing homes under the Fair Deal scheme; the broad differences of payment rates that exist for similar facilities with similar overheads in similar locations; if he will challenge the National Treatment Purchase Fund to justify its decisions; and if he will make a statement on the matter”.

Replying on behalf of Minister for Health James Reilly, Minister Lynch said: “One of the terms of reference for the review is an examination of the overall cost of long-term residential care in public and private nursing homes and the effectiveness of the current methods of negotiating/setting prices. Work on the review is on-going. It is expected that the review will be completed in the coming months and the report will then be made publicly available.”

Web Design by A Design for Life